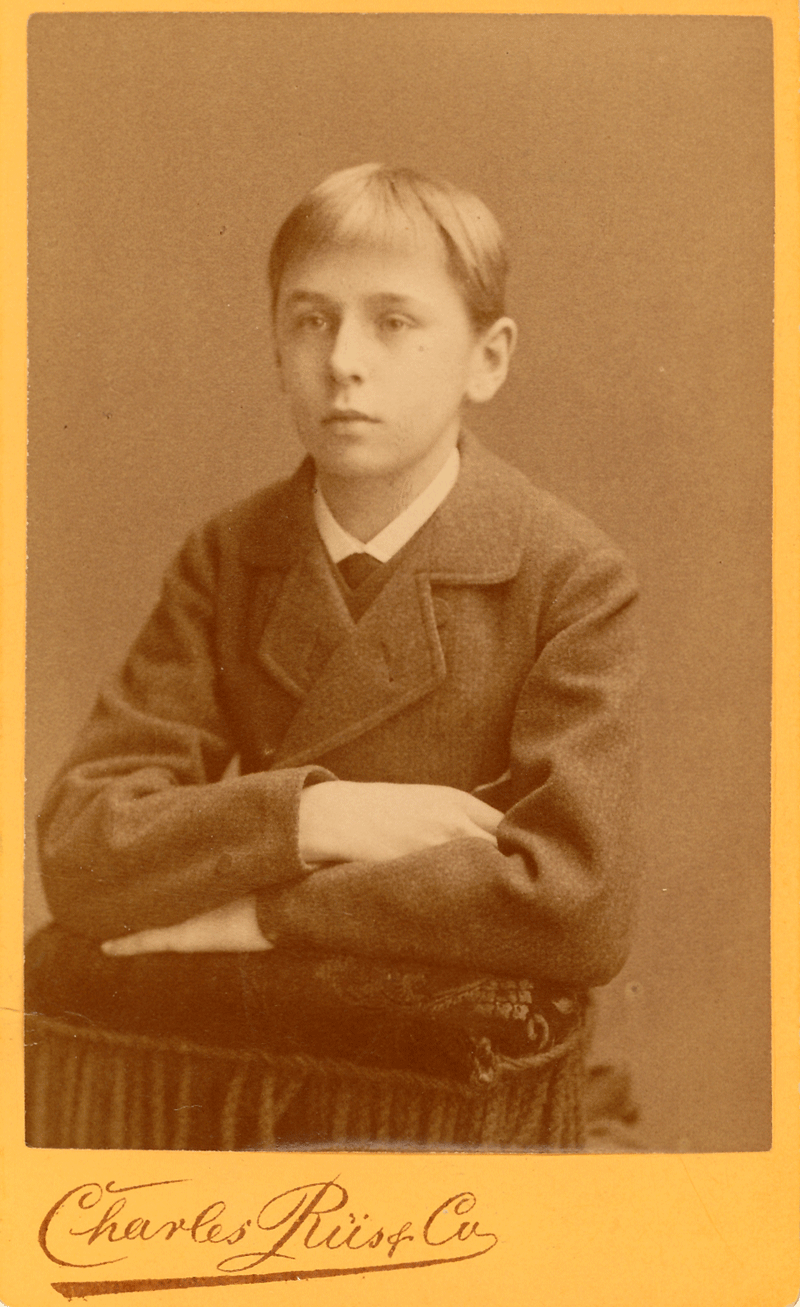 In 1870, the family relocated to Helsinki, and young Armas began formal schooling at a Finnish grammar school. In 1884 the father Järnefelt was appointed Governor of Kuopio Province, leading to a move to Kuopio where Armas Järnefelt finished high school at the Kuopio Lyceum. After his graduation, he undertook studies at the Helsinki Institute of Music (Helsingin musiikkiopisto) under the direction of Martin Wegelius. It is here that Järnefelt made the acquaintance of two significant fellow students, the composer Jean Sibelius (1865-1957), four years his senior, and his wife-to-be, the soprano Maikki Pakarinen (1871-1929). After completing his studies in the fall of 1890, Järnefelt headed to Berlin for further study with Albert Becker. Two years later he went to Paris to study with Jules Massenet. On 25 August 1893, Armas Järnefelt and Maikki Pakarinen were married in Joensuu. From 1895 to 1898, the couple toured the opera houses of Germany (Breslau, Magdeburg, Berlin, Düsseldorf, Bremen, Hamburg, and Dresden) with Maikki as a featured soloist, while Armas worked as a répétiteur or assistant orchestral conductor. They also returned frequently to Finland in these years to give concerts.

From 1898 to 1903 Järnefelt was conductor of the Wiborg Musikvänners Orchestra (the Viborg Friends of Music Orchestra). In the following years he arranged opera weeks in Helsinki (1904-06) at the newly built National Theatre, with Maikki singing the leading roles. These weeks focused on the works of Richard Wagner, and under Järnefelt’s conductorship Die Walküre received its first full performance in Finland.

During the 1905-06 season, Armas Järnefelt took a position as music director of the Royal Theatre (Kungliga Teatern) in Stockholm (later known as the Royal Opera - Kungliga Operan). After the sudden death of Martin Wegelius in March of 1906, Järnefelt accepted the post of director at the Helsinki Music Institute. However, the following spring there was such demand for Järnefelt in Stockholm that he agreed to return as music director of the Royal Theatre for a period that would eventually span the next quarter of a century.

In 1907, as Järnefelt was starting his position at the Royal Opera, his wife was striving to make a name for herself in Italian opera under the stage name Maria Campoferro. The tensions of two careers eventually led to the couple’s divorce in 1908.

Curiously, both Eero and Armas used the name Campoferro when in Italy. Eero Järnefelt used the signature Erico Campoferro in some of his paintings, while on some of Armas Järnefelt’s programmes, his name is printed as Amato Campoferro

A few years later, at the end of the 1931-32 season, Armas Järnefelt, then 63 years of age, left his position at the Royal Opera after twenty-five years of service. His final performances were of Hans Pfitzner’s Das Herz. In the autumn of 1932 Järnefelt was employed by the Finnish Opera, where he remained until 1936. The total number of performances Järnefelt conducted at the Finnish Opera, both as music director and as a guest conductor, amounted to 270.

In 1936, after his period with the Finnish Opera was over, Järnefelt moved back to Stockholm. From there he made concert tours to various parts of Sweden as well as Finland, conducting opera performances as well as orchestral concerts.

On 30 November 1939, the Soviet Union declared war on Finland with a surprise bombing attack on Helsinki. The conductor of the Helsinki Philharmonic Orchestra at the time, Georg Schnéevoigt, fled the country, and his chosen successor, Tauno Hannikainen, refused to return from America.   Armas Järnefelt, then 70 years old, was invited to lead the Helsinki Philharmonic Orchestra, first as guest conductor and later as music director. From his base in Stockholm, he came to Helsinki to lead forty concerts. The last among these was a special event arranged to celebrate the ceasefire. On this occasion Järnefelt conducted Sibelius’s Fifth Symphony, concluding the program with a work of his own, the cantata Isänmaan kasvot (The Face of the Fatherland).

The last time Järnefelt lifted his baton was to lead the massive symphony orchestra comprised of musicians from both the Helsinki Philharmonic Orchestra and the Radio Symphony Orchestra in honour of Jean Sibelius’s 85th birthday. He himself had then reached the age of 81.

Järnefelt’s career lasted 60 years and brought him a number of honorary titles and awards. 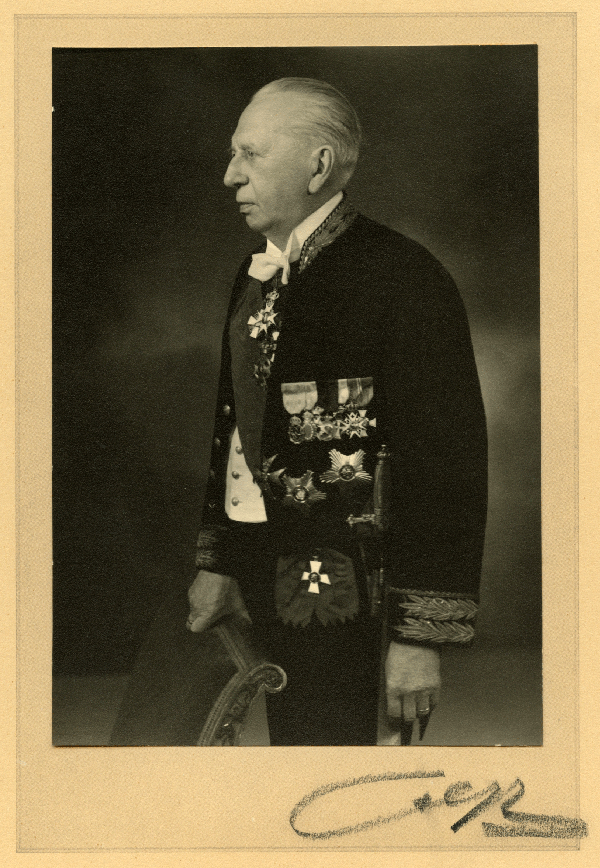 Järnefelt made his debut at the Finnish Opera in the 1920s with Wagner’s Tannhäuser. His final performance there was in 1949 in connection with his 80th birthday festivities, once more performing Tannhäuser. Wagner was not far from Järnefelt even in death; during his funeral in Stockholm a quintet from the Royal Stockholm Opera Orchestra (Kungliga Hovkapellet) played the Pilgrims’ Chorus from Tannhäuser. At the memorial held at the Old Church (Vanhakirkko) in Helsinki, the overture to Parsifal was heard.

Armas Järnefelt lived to be 89. He died in Stockholm on 23 June 1958. He is buried in the Hietaniemi Churchyard in Helsinki, where his wife Liva was also buried in 1971.